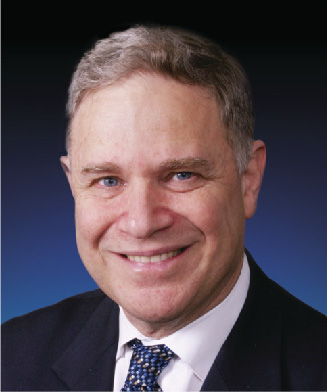 We still see many patients that come to the cath lab for one event and have a subsequent event despite being treated with medical therapy. Some of these patients are optimally treated and still have events. The unmet need was to find an imaging technology able to detect vulnerable patients and vulnerable plaques. Doing that could be a good predictor for subsequent coronary events.

The landmark Lipid-Rich Plaque (LRP) study was designed to demonstrate that intravascular NIRS imaging can identify patients and plaques at risk for subsequent non-culprit major adverse cardiovascular events (NC-MACE) during a 24-month period. The results were presented by Dr. Ron Waksman and published in The Lancet on September 27, 2019.

The study successfully met both its co-primary endpoints as well as its key secondary endpoints, providing clinical evidence that intravascular NIRS imaging can accurately identify both vulnerable patients and vulnerable plaques that are at significantly higher risk for subsequent NC-MACE.

Firmly established that LCBI correlates to MACE risk and should be managed.

for patients with overall maxLCBI4mm>400

for each 100 unit increase in overall maxLCBI4mm

for each 30mm Ware segment with maxLCBI4mm>400

for each 100 unit increase in maxLCBI4mm for each Ware segment

Key findings as published in The Lancet on September 27, 2019

The following example represents a typical case study of a patient enrolled in the LRP study and the subsequent observations of that patient.

A 44-year-old male with a past medical history of coronary artery disease, diabetes mellitus, hypertension and hyperlipidemia, presented with chest and right leg pain was imaged and scanned on April 30, 2014. The angiogram showed some non-obstructive plaque; the chemogram indicated that maxLCBI4mm was greater than 400, an indication of risk for subsequent NC-MACE. Twenty-two months later, the patient presented with unstable angina, which required percutaneous coronary intervention (PCI). New NIRS imaging showed that the new culprit lesion was located within the Ware segment previously identified on the chemogram. 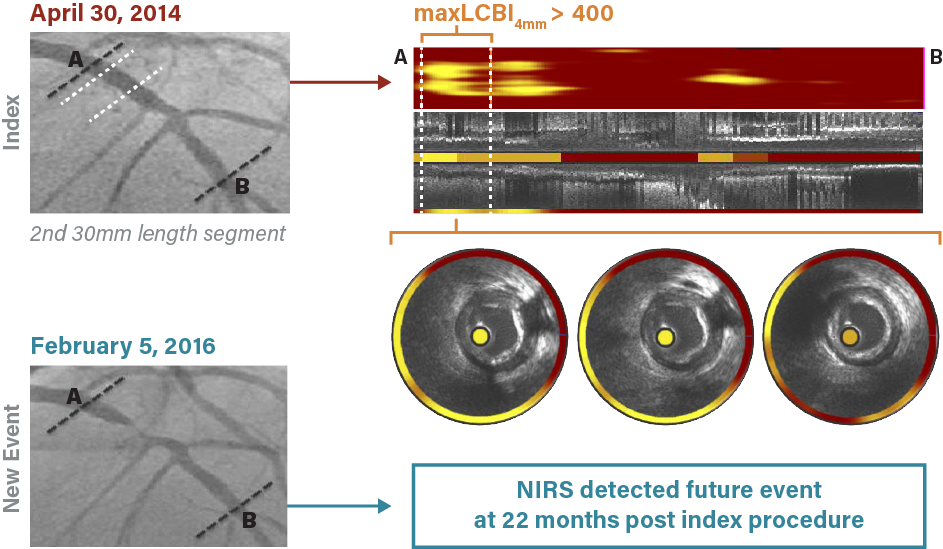 As presented by Dr. Ron Waksman and published in The Lancet on September 27, 2019.

The Makoto™ Intravascular Imaging System is the only FDA-cleared imaging system indicated for the detection of plaque and patients at higher risk of MACE.

To request more information on how to obtain the Makoto™ system or its accompanying Dualpro™ IVUS+NIRS Catheter, or to see a demo, CLICK HERE

View the LRP Study in The Lancet